The Wait of Baltistan

In 1971, while India and Pakistan were fighting their last full bloodied war that lead to the creation of Bangladesh. Thousands of kilometres northwards deep in the Karakorams, Major Chewang Rinchin of the Ladakhi Scouts walked along the Shyok River, which literally means ‘the river of death’ in Yarkandi Uyghur, ceased fire after acquiring five villages. A total area of 804 sq. kilometreS along the river Shyok even before the Indo-Pakistan war was called off.

That night people of acquired few villages went to sleep in Pakistan, but they woke up in India the following morning. These villages were opened to the world for the first time in the summer of 2011 after 40 years.

I went there the following year to teach at the higher secondary school, in the cruel winters of 2012, crossing arguably the highest road in the world in minus thirty degrees passing through the Karakorums.

But it seemed upon arriving that it wasn’t the education they needed. They seem to embody the burden of a prolonged denial of any kind of fulfilment.

The faces and the age lines of the old narrated many untold stories of the past. They yearned to talk, tales of their rich history that they are carrying for so long. A frustration that thickens into a deep-rooted helplessness. The children had no future, majority of them died due to unavailability of any medical station. One of my 10 year old student hanged himself from an apricot tree six months later.

Majority of the population of Indian Baltistan consists of women, three to even four married to a man, having on an average 8 daughters per family, there is hardly any work apart from working as porters helping the army on the highest peaks of Siachin. Caught in a melancholic shuttling between a sorrow for the past and a longing for a better future, they need education to change their lives.

The elderly talked about their old days in Pakistan, about the trees they used to play under, and the rocks they sat on talking for hours. Nobody remembers if their parents are living any more or how their sisters and brothers looked. Gradually, the imagination of Balti’s has been forced bereft of a past, which is an essential part of their being. ‘Salt’ is the tale of a forgotten clan separated by time and deep-rooted essence of a land. Its a journey of the people neglected, decades lived in hope, A land neglected whose Stories of an unfathomed past still chronicles around their present.

On an average it used to come down to minus thirty degrees. That much cold pierces only the tip of your nails or toe. Other parts remain numb. I had started to take early morning walks around the periphery of our village everyday before school started.

One of those days as I walked downhill through a narrow lane guarded by the  stone walls going straight opening towards an open field. I saw a dog standing like a drunkard. As I walked closer i saw a nail hammered right between his head. But he was standing. His eyes were open but he wasn’t looking at anyone. He was standing but he seemed dead. There was a thin wire that children had hooked around the nail and were poking it every now then very subtly just to poke it. In a strange horror that went through me I screamed at Naseer, what are you doing? They said, “He ate our hens”. He should be punished. Those students were from my class. I told them you have punished him. Go and get ready for school. He is dead. 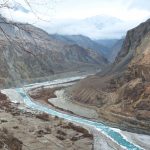 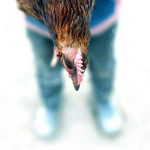 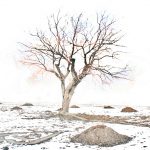 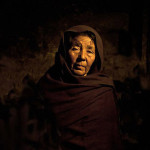 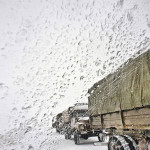 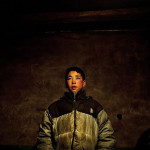 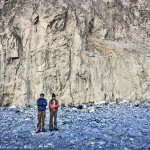 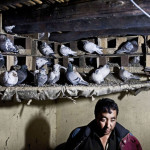 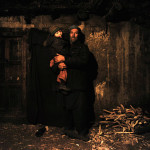 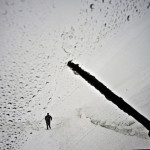 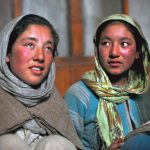 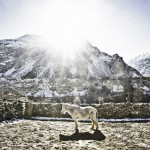 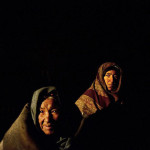 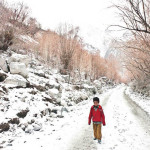 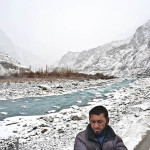 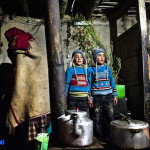 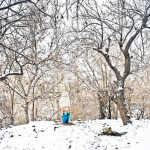 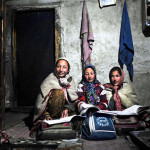 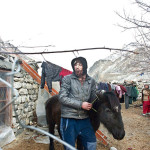 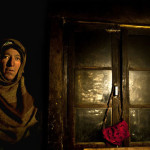 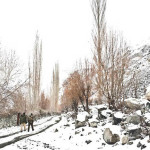 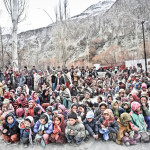 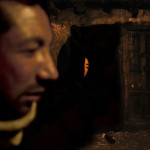 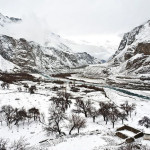